Hey readers, I am sitting here in a bed, not my bed – although it has been for the past 13 nights… but a bed none the less.  As I have previously blogged I came into hospital for a thigh lift and revision on my abdominoplasty, that was almost 2 weeks ago. This experience has been quite different to my first plastic surgery. I envisioned that it would be similar to the first surgery, after all legs are quite similar to arms, well that was what I thought. My surgeon House, (that is what I call him as it is part of his name) did tell me that this procedure is more complicated than doing my arms, but in my mind I still compared the two…

I had a minor complication after this surgery, that’s why I am still here,  the suture line on my inner  right thigh came undone about 5 days after the initial surgery. I was still in hospital and being cared for extremely well (the nursing staff here are 5 kinds of fabulous), so I was sent back into surgery to have the leg washed out and re-sutured with a drainage tube.

I have had a few rough days since then, honestly I can tough out a lot of stuff – there was the nausea and not being able to keep anything down from the antibiotics, the increased pain levels from having the already traumatised leg worked on again etc… but today I had a mini emotional crash day. Still sore and bruised (my inner thighs look like a thug took a baseball bat to them) I had the “What the hell did I decide to do to myself” moment. I had a little cry and wanted to take it all back. Deep down I know I have made the right decision, and that this is just that moment where I am feeling emotionally vulnerable, and that’s ok, it’s impossible to be tough all the time.

I don’t like being or feeling vulnerable, it make me anxious to not have a sense of control. I have very limited control over how my body heals, and despite trying my best to manage the pain it can wear you down after awhile. What I realised however is that part of the process is in fact experiencing the full journey, embracing the fact that I am not in control, that I am not as tough as I try to be. That it’s OK to cry, experience pain – it is the human experience. It is essential to not only understand my own journey but to relate others stories as well.

Thanks for reading, till next time – Lin xox 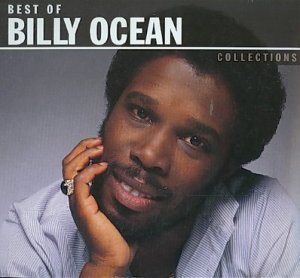 So let me tell you a little of my latest training run. I was supposed to meet up with my running group on Sunday morning, but with work it didn’t happen… This meant that I had to squeeze the run in sometime and soon. I decided that After my Sunday night shift I would go out and pound the pavement for the 14k that I missed. I got home from work around 2:30am and was out the door roughly 15mins later. It was cold – super cold actually with the mercury hitting 2 degrees Celsius (or 36 Fahrenheit)  it was close to freezing out, but there was no wind so it wasn’t unpleasant, plus I knew that within the first 2km I would warm up enough.

I did a simple out and back track, given the hour of the morning I like to stick to roads and paths that are well-lit and not isolated. After talking to friend that runs earlier in the week, I decided to try a tip he gave me (thanks DW). I have had trouble trying to regulate my pace a little or speed up when I feel myself slowing. He suggested that I visualise myself running just in front of myself, and speed up to beat the me in front… Well I am happy to report that this worked, especially on the 3rd km which is always my toughest.

I often visualise and see the course laid out in my head, play mind games of how far till the next point and visualise good running form, this helps me in a number of ways, to stay distracted, to change posture and not slouch, and to complete the run.

I was running, loving it and all was good, I was enjoying the beat myself game and running at a good consistent pace for me, actually at my best overall pace yet (matching it from last season) Feeling good I turned around at the 7km mark and headed back… it was all good until I started the eleventh kilometre. I completed the 10th well, but then felt like my body hit a wall,, my legs were heavy, I felt zapped and I just kept telling myself that I only had 4k’s more… I was using all my metal arsenal to keep me out there. Fat Lin was screaming at me to give up, and walk a short cut home, But Fit Lin kept trying to hush her and say you have already done 10km what is another 4…

I was on struggle street – Big time… I kept saying to myself, this is tough, my legs were heavy as rock and I felt that I was running through mud (tough mudder is still a few months away) but then, somehow I heard Billy Ocean in my head. I was listening to some Dance music at the time, all my running playlists are hand-picked mind you, designed to pick me up and push me forward. But Billy, oh Billy – you came to the rescue… I heard his little love song and the chorus was ringing in my ears and It helped me push through. It wasn’t the only thing that helped, I also decided that finishing was more important to me than my time. This gave me permission to run at the slower pace (a pace that I couldn’t seem to speed up beyond anyway) and get the job done.

I did make it home, did the full 14km… and even though it was a little slower than I would have liked, after stretching and rolling out I was very pleased that I did not defeat myself and used the mental toughness that I have been building up to get me home…

Keep running, Till next time – Lin