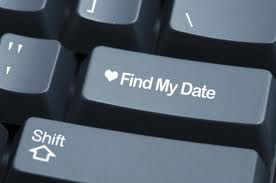 “Coming Out” is now a term synonymous for telling family and friends that you are gay or same sex attracted. Sorry readers, no gossip today, I’m not about to tell you I am gay, but I am here today to talk about dating.

Once upon a time in a little land called England, “coming out” or “coming of age” was the term used for young lady’s of aristocracy to be presented to society as ready and available to meet eligible gentlemen. These men; of good social standing and breeding – were the hope of securing marriage and a future. This occurred between the ages of 17 to 18, where the young woman would be presented to the courts and come out to society. The young ladies “job” role from this point forward was preparing for the social events of “the season”. Being introduced to interested, eligible and suitable bachelors. Enter the whirlwind of Balls (with gorgeous gowns), picnics, afternoon teas, charity events and concerts galore. It was the world of Jane Austen and Downtown Abbey, where marrying the “right” gentleman” had as many pitfalls and complications as it does today.

“Back in the day” these women’s family members, (usually female matriarchs such as mothers, grandmothers and aunts) would be out on the “social network”, think FB without computers. The rumor mills would run hot, the gossip of London’s “well to do” could make or break a future, a family and lives. Young women’s attributes and beauty would be extolled. Eligible bachelors were considered and evaluated; It was, for all intensive purposes – trade. Often match making occurred for a variety of reasons; to confirm or keep royal titles, money, and land. The idea of love and attraction in these matches was not usually the first priority, but the hidden romantic in me hopes that it wasn’t entirely lost either.

Part of this all sounds like fun right? Being part of a family that was wealthy enough so that you could spend your time shopping and having maids set your hair sounds a little delightful. However for some cases, surely the awful truth, was just that, awful, and that that for many women, and men for that matter, it was a scary, daunting prospect; a little like being a commodity or an object…

In previous blogs I have stated that I am dating. Don’t get me wrong, It is fun, but just like those wealthy English Girls of yesteryear , it feels like hard work, a little scary and a huge learning curve. I have stated previously that it is tough to meet people. In today’s world it feels like one of the few places left to meet other singles is on a dating website. So I have wondered about the dating website world, Is it the 21st Century version of Coming Out? We now create profiles of ourselves, have we become our own matriarchs?

Are we now using new social dating sites to change the way we meet, communicate and interact? Or are we now just spruiking or making a commodity of ourselves? Primping and priming our profiles, rather than our hair?

I am not bashful or embarrassed to be internet dating, honestly where do you meet the single eligible men of today? I haven’t heard from my Mum on this, but, I am pretty sure that she is not organizing my social calendar for picnics, charitable events, or balls…(No mum that is not a hint:)

Meeting people is hard, meeting a nice, funny, real, SINGLE man who your attracted to; even harder. The pub seems like a less attractive version of internet dating sites (beer goggles are not good for anyone) and most of us have exhausted the friend connections.

In today’s world we do everything online, we are connected all the time; So if that is the case, so why shouldn’t we use the tool that can (at some levels) make it easier to assess potential partners…

Saying that you were internet dating 5 – 10 years ago was almost taboo, one of the statements that would often get you a sideward glance, and a snigger from the corner – How times have changed. Now it seems like everyone has a profile..and if you are honest enough to admit it out loud you often find that the single person next to you has an online profile too (or is seriously thinking about it). Whilst we live most of our lives on-line, the hard part of internet dating is translating that into meeting, turning the online reality into a real life date, but more on that another time.

For me, part of this modern-day personal “Coming Out”, this Multi-dating (or meeting guys for coffee to see if they are reasonable human beings) is about learning who I am in this process. I am trying to figure out what I am looking for in an eligible bachelor. Losing weight is not just a physical journey. It is really more than that, it is about becoming healthier across mind, body and spirit; It is also about becoming healthier in connecting my self esteem and sexuality… Honestly it is some scary stuff people; I know, I know, I mentioned the word sex there – even though it was backed up with some “uality” at the end of it 🙂

But back to being fat for a second, when you are obese, and the discussion about partners starts, you hear a lot of “But you have a great personality, someone will see that”…

LETS STOP RIGHT THERE…. Lets cut the crap people, and, to be honest, for me, I don’t think my personality was that healthy. Sure I had friends, I was happy at some levels, but I was also really f*#king miserable as well. I did not like the me I was. I looked awful and didn’t love myself. If I am honest; deep down… gut wrenchingly honest – I did not want to be loved. Especially not by anyone that would have accepted that version of me; Seriously how could I love someone who accepted that me, when I couldn’t accept myself. It would have been settling for someone I didn’t respect…

So now, where to from here; Well I have jumped into the Magic Far Away Tree, and landed smack bang in the middle of “The land of Multi Dating”, where, the healthy me; the happy me; looks for Mr Darcy, whilst weeding out the Mr Duds… Who knows what the magic far away tree has in store next, but I like Multi Dating Land now, and plan to hang around for a while. Why? Well because I am learning, learning about myself, men, and how to navigate relationships. I am also learning that I have plenty of lessons that need to be learnt in this space.

I really look forward to reading your comments on this post 😉 and, as always, I will continue to keep you posted!

Till next time, Lin xox

Please Note; Multi Dating is a term used by some dating sites to explain that you are meeting people for a coffee or first date. A first date, second or third date doesn’t constitute a relationship people! I am not talking about being in multiple relationships. It is a process of getting to know people, developing friendships and seeing if anything more is there.

2 thoughts on ““Coming Out”; Dating after Weight Loss.”